As a psychiatrist, Dr. Susan Turner provides holistic care to patients at her private practice in New York’s Flatiron District. In her practice, Dr. Susan Turner subspecializes in helping patients challenged by both diabetes and bipolar disorder.
When a psychiatrist diagnoses a person with bipolar disorder, it means the patient exhibits sudden shifts in mood from very ecstatic to very depressed. These shifts may coincide with activity level. During the ecstatic periods, patients can feel energized to the extent that they have difficulty calming down. During the depressed periods, patients can feel so low that they disengage from their lives.
According to research, people with diabetes demonstrate much higher risk of developing bipolar disorder. The link between the two conditions is so marked that more than half of those diagnosed with bipolar disorder also exhibit diabetes or precursors to diabetes.
Diabetes increases the risk of life-threatening events like heart attack and stroke. On account of its prevalence among patients with bipolar disorder, heart disease ranks as a top killer in the bipolar population.
at May 31, 2017


A board-certified psychiatrist, Dr. Susan Turner operates a full-time private practice in New York City, where she maintains a holistic approach to treating patients. Active in her field, Dr. Susan Turner supports the American Psychiatric Association.
The American Psychiatric Association (APA) and its members strive to increase the level of care and treatment available to individuals experiencing mental health issues. Through dedicated research and collaboration, the APA has produced such publications as the Diagnostic and Statistical Manual of Mental Disorders (DSM), now in its fifth edition. The association also furthers its mission of educating by hosting an annual meeting.

In May, the 2017 APA Annual Meeting will convene in San Diego. The theme for this year will be “Prevention through Partnerships,” and instructors and thought leaders will guide more than 450 sessions for attendees. Psychiatrists, residents, and students from around the world will have the opportunity to network, update licensures, and discover the latest advancements in their field. For more information, visit www.psychiatry.org.
at May 31, 2017


Dr. Susan Turner has practiced as a psychiatrist for more than 15 years. Now in private practice in New York City, Dr. Susan Turner developed integrated treatment plans for numerous patients who struggle with panic disorder.
Panic disorder is more than a tendency toward nervousness. It is a debilitating mental illness that causes sudden periods of intense fear that continue for minutes at the least. These periods, known as panic attacks, occur out of proportion with the presenting situation yet can cause the individual to fear for his or her life.

A patient experiencing a panic attack feels afraid and out of control. An overwhelming sense of doom can plague the mind, while the body goes through symptoms that can feel like a heart attack or other medical emergency. It is common for a panic attack to cause heart palpitations, chest pain, and trouble breathing. Some patients may feel weak or dizzy, and nausea is similarly common. In some cases, a patient may experience fever-like symptoms such as sweating or chills.
These severe and distressing symptoms leave the patient in fear of having another panic attack. This characteristic worry prompts patients to avoid places in which an attack has occurred or where they feel an attack may be likely. Although this can severely restrict a person's daily life and functioning, patients can improve significantly through treatment with psychotherapy, medication, or a combination of the two.
at May 25, 2017

Dr. Susan Turner is a Psychiatrist in New York, NY.

Some runners run for distance, while others run for speed. The best way to increase speed is with high-intensity interval training (HIIT). HIIT involves running extremely fast for small lengths of time, from 10 to 60 seconds usually, with a rest period of one to four times the duration of the run in between. Research has shown that this is the most effective method to improve speed and fitness, as runners develop more efficient strides as the cardiovascular system gets stronger and coordination between the nervous system and the muscles improves.
There are many different types of HIIT workouts. One, in particular, only requires a track. Runners should begin with 40 meters at optimal speed and two to three minutes of walking or light running in between, aiming to repeat this a number of times. Over time, runners should aim for six sets of 150-meter runs, with 80 meters at top speed and three to four minutes of reduced speed in between. As the runner improves, the length of the sprint should be increased and the duration of the rest decreased.
at May 11, 2017


Dr. Susan Turner, a New York City psychiatrist, earned her MD from the Columbia College of Physicians and Surgeons. Outside of the medical field, Dr. Susan Turner supports the Annette Howell Turner Center for the Arts in Valdosta, Georgia. Dr. Turner’s family helped establish the center to promote the arts and art education in southern Georgia.
One of the key programs of the Annette Howell Turner Center for the Arts is the Spring Into Art exhibition, a free public event that allows artists to display and sell their work. The 29th Annual Spring Into Art took place from April 11 through June 8, 2016.

Exorcism as a Treatment for Mental Illness


A psychiatrist based in New York City’s Flatiron District, Dr. Susan Turner has had an extended interest in bipolar disorder. During Dr. Susan Turner’s two years living in central Java, she became especially interested in how local cultures use "exorcism" and other local culture interventions as a way to treat psychosis and mental illnesses.

In modern Western medicine, mental illness is recognized and then treated with talk therapy, medicine, and sometimes lifestyle interventions. In some cultures, however, when a person exhibits symptoms similar to those of bipolar disorder or schizophrenia, the person is understood to be possessed, and may be deemed to require an exorcism. 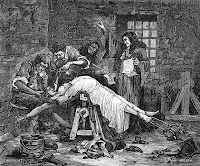 Though these treatments may seem very different, exorcism is sometimes understood as one of the earliest forms of psychotherapy.They can be seen as different ways of understanding mental states. Hippocrates, before he was the father of medicine, was an exorcist. While some experts believe all forms of possession are manifestations of an otherwise treatable mental illness like Tourette’s syndrome or bipolar disorder, others believe there is a marked difference between mental illness and "demonic" possession. Many Catholic exorcists will work with a psychiatrist to ensure the possession is bona fide before they go forward.

Considering that there is a religious and cultural element to a person’s experience of mental illness or possession, there are also some psychologists and psychiatrists who wonder whether exorcism may be useful in cases where patients believe themselves to be possessed. Spiritual ritual can be a useful form of treatment for some people, when combined with counselling and/or medication.
at May 01, 2017