Dr. Susan Turner, an experienced psychiatrist, treats patients challenged by bipolar disorder through her private practice. In preparation for her medical career, Dr. Susan Turner earned her MD from the Columbia College of Physicians and Surgeons in New York.

When a medical professional diagnoses a patient with bipolar disorder, it means that the patient’s brain has problems regulating mood and energy, giving rise to periods of extreme stimulation alternating with periods of extreme depression. During a highly active or “manic” period, a person with bipolar disorder may exhibit symptoms like irritability or impulsivity. During a depressive episode, patients may become forgetful, feel exhausted, and experience hopelessness.

Researchers have yet to discover the precise origins of bipolar disorder. However, they suspect certain biological features may be at fault. For example, data suggests that people with relatives with bipolar disorder are more likely to develop the illness themselves, which implies the disease has genetic components. Brain chemistry may also play a key role in the development of bipolar disorder and other mood-related illnesses.
at February 14, 2017


Dr. Susan Turner is a psychiatrist who practices in the Flatiron district of New York. A member of the American Psychiatric Association, Dr. Susan Turner incorporates yoga into her mental health treatment programs.

Over the past several years, yoga has become mainstream. Up to 7.5 percent of American adults admit to having practiced yoga at one point in their lives. According to the American Psychological Association, over 15 million adults regularly practice yoga in the United States.

Psychiatrists are also increasingly turning to this form of therapy as a complementary, long-term health care alternative to pharmaceutical prescriptions. This is supported by a broad array of medical research that has linked yoga to a reduction in depression, anxiety, stress, insomnia, and mood swings, while improving group collectivity. 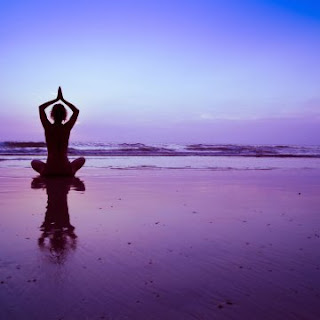 Psychiatrists attribute yoga’s stress management properties to the reduction of the hormone cortisol and its effects on the sympathetic nervous system, modulating the body’s stress response mechanism. This reduces psychological arousal, lowering the heart rate, blood pressure, and respiration.

By practicing yoga, patients can increase their mind-body awareness, helping them to adjust their behavioral habits based on their feelings.
at February 07, 2017